You are here: Home / Remember the Fallen / 4 Americans Killed in Afghan Attacks 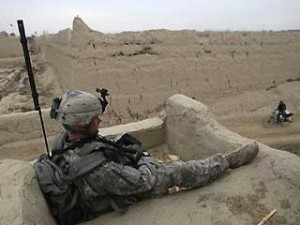 KABUL — Bomb attacks and a firefight killed four U.S. troops in 24 hours in Afghanistan, the military said Monday, adding to the growing toll as NATO and the U.S. consider whether to send more forces to the war.

Three of the Americans died in southern Afghanistan on Sunday, NATO said in a statement. Two of them were killed in a bomb attack and the third in a separate firefight.

The statement said a bomb killed the fourth American in the east Monday.

Read the entire story at FoxNews.com