You are here: Home / Deployment / A Look Inside Kandahar Air Field – Afghanistan 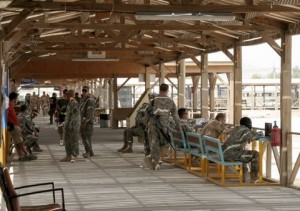 Accomodations range from tents and”B-huts” to the new brick-and-reinforced concrete barracks which are modern with blast protection (it is a combat zone). At KAF, there is lots of traffic and hot, dusty conditions.

KAF has a centrally located boardwalk where there are stores, places to eat, and team games like hockey taking place. The boardwalk is covered by a wooden awning for shade. Shops and eaterys on the boardwalk include Tim Horton’s Coffee, Green Bean Coffee, The Igloo, Burger King, Pizza Hut, Subway and a French Café and the new Kabob House*.

*Most of these amenities were supposed to be shut down this year.

There is also a decent gym where Soldiers can exercise. KAF gets a lot of rocket and mortar fire so there are many shelters just in case. As with most bases, KAF has a Morale, Welfare and Recreation Command building (MWR) – or tent – where Soldiers can use the computer and phone lab.

Kandahar is inhabited by multinational troops from a host of countries.

Kandahar Air Field handles the flow of personnel, equipment and supplies destined for operations in southern Afghanistan. It is the home of the aircraft that provide close air support to troops in contact with the enemy, and the helicopters that airlift injured personnel.

KAF is a unique and interesting place that is critical to the conduct of operations in southern Afghanistan. 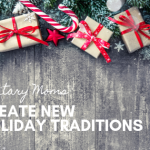