You are here: Home / Predeployment / Countdown to Deployment Day 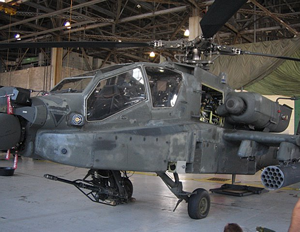 Today is 5 days to my son’s deployment day. My emotions run wild as I prepare for entry into the unfamiliar world of Mom of a deployed soldier. I don’t know what to expect and maybe I think too much about it.

I trust that my son is a well-trained helicopter pilot who is confident in his mission. But stuff happens doesn’t it? Sending him off to the one of the most dangerous places in the world is beyond what my mind can handle at the moment – but I am trying.

I want to believe in our great country’s leadership but question whether our President takes his job as a WARTIME President seriously. His actions and priorities over the last few months cause me to question that. Even recently, when President Obama held a press conference about the Fort Hood tragedy, where over a dozen lives were claimed, our President began his remarks with:

“I want to thank my Cabinet members and senior administration officials who participated today. I hear that Dr. Joe Medicine Crow (ph) was around, and so I want to give a shout out to that Congressional Medal of Honor winner. It’s good to see you.”

How inappropriate of President Obama to preface such a grave incident with something so glib. But that’s another story.

Our soldiers are fighting an enemy with radical beliefs and a deep hatred for Americans. The dangers are too much for me to even wrap my mind around for now.

What about my 1 and 3 year old grandchildren? How do you begin to get them to understand that Daddy won’t be home for a year?

No amount of preparation can really prepare a family for deployment. We are all in this together. Soldiers over there supporting each other. Families here support the soldiers and each other. Deployment day is coming. I must “lean into it” with open arms and keep moving forward.

Thanks for listening to my ramblings. Army Mom Strong (I am getting there).