You are here: Home / Deployment / The Lord Works in Mysterious Ways 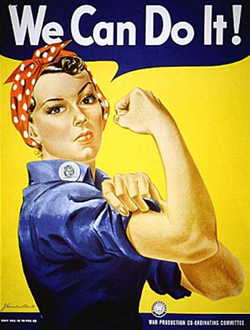 If you saw a woman sobbing in the Savannah airport this weekend, it was me. My son was deployed the day before and my heart was so sad. No one asked me what was wrong, I just sat and sobbed alone, wondering how I would make the journey home.

My first flight was about an hour. Unable to speak without tears, I sat on the plane wondering who would show up to sit in the empty seat next to me. A young man did show up to claim his seat – the one next to me.

Although in civilian clothes, I knew right away that this young man was Military. I asked him where he was going and where he came from. Turns out that he is based at the same Army base as my son.

This young man had returned from Afghanistan just 2 months ago. I asked him a lot of questions about Afghanistan and he answered them all honestly. He told me this was a young man’s war. Not knowing what he meant, he explained that he was Infantry, specifically trained for the role of fighting on foot to engage the enemy face to face. His role as NCO  is to execute the day-to-day operations with precision, wherever and whenever duty calls.  The terrain in Afghanistan required these soldiers to run around in the mountains at 12,000 feet, dodging bullets from bad guys. He had already been in the Army for 13 years and been through 3 deployments. He told me about the bitter cold in the winter, rough conditions, soldiers getting shot at, and the daily routine that our troops face everyday while they are out there. He told me about young soldiers who are scared and others who, while out on missions, live in not so good  conditions.

This young man told me all this with an air of calm, confidence, and pride that I will never forget. For all the bad conditions and dangerous stuff he went through, he loved his job. He told me how they protect one another, keep each other out of harm’s way, and do the job they were trained to do.

He told me how proud he was to serve our country and that he was happy to do it for people like me and you.

As the plane landed, I shook his hand and told him that it was great pleasure speaking with him and I thanked him for serving our great country. I never did get his name.

He gave me a great gift during that hour. It certainly was not the things he said but the confidence and pride with which he spoke of them. A calm came over me when we parted and I was able to continue on with my journey with my heart lifted just a little higher.