You are here: Home / Deployment / Back to the War Zone 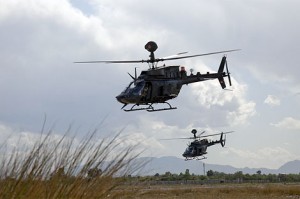 R & R. It’s the first countdown after deployment. We wait for it. We envision that moment when our Soldier steps foot on U.S. soil.

I had my R & R moment recently with my Soldier son. I got the call on a Sunday at 0600 after he landed at the airport. He had been traveling for 4 days. From that moment, this burden of worry and concern that was with me for months, just disappeared. I was so happy that my son was out of the war zone (if only for awhile) and reunited with his family.

A few days and thousands of miles later, I stepped off a plane and was greeted at the airport by my son and 4 year old grandson. My grandson ran to me and I picked him up and hugged him like crazy! Then we went to my son and did a group hug. I thought I would never let go of him. There are some moments in life that you never forget and this was surely one of them.

During my 5-day visit, we had the best time ever; me, my son and his young family (wife, 2 kiddos). It was truly a special time for me.

When it was time for me to go, I hugged my son tight and told him I loved him. I did not want to let go. I cried in the airport. After pulling myself together, I broke down sobbing again on the plane sitting inbetween 2 strangers for over 4 hours. Luckily, the woman to my left asked what was wrong and tried to comfort me.

My son still had another week before he had to return to the war zone. The morning he left, I woke up early to call him due to the 3-hour time difference. At 0530, I called to say “see ya later”. I tried hard not to cry but I was so broken up, I couldn’t stop it. He understood.

My son’s R & R is over now and he is back in the war zone. We are now on our second countdown after deployment. I already sent 2 care packages. I pray daily.

“Lord, as he makes his way through his days and through his nights, please let his guardian angel protect his flight.”