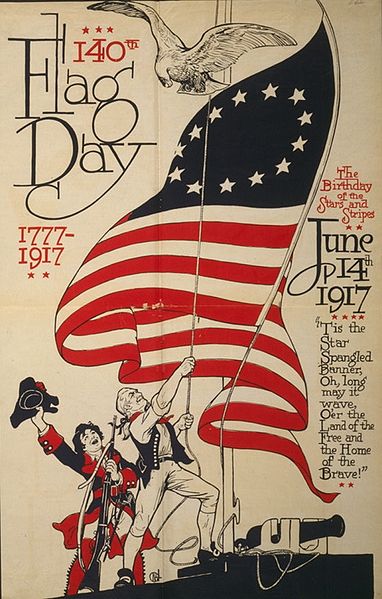 Flag Day, June 14, commemorates the adoption of the flag of the United States, which happened that day by resolution of the Second Continental Congress in 1777.

In 1916, President Woodrow Wilson issued a proclamation that officially established June 14 as Flag Day; in August 1949, National Flag Day was established by an Act of Congress.

The week of June 14 is designated as “National Flag Week.” During National Flag Week, the president will issue a proclamation urging U.S. citizens to fly the American flag for the duration of that week. The flag should also be displayed on all Government buildings. Some organizations hold parades and events in celebration of America’s national flag and everything it represents.

Proper Flag Disposal
According to the U.S. Flag Code, any American flag that is worn, damaged or tattered beyond repair should be destroyed privately in a dignified manner, preferably by burning. Many veteran and civic organizations will properly dispose of the flag, often on Flag Day, in a traditional flag-burning ceremony.