You are here: Home / Deployment / We Are All in This Together 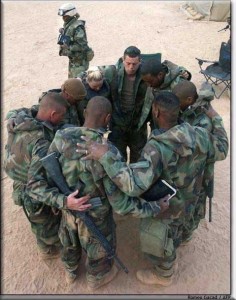 I have come upon many Military families since my son was deployed last year. Although we are strangers to each other, we are also kindred spirits with something in common. These two stories stand out in my mind.

One day I saw a man in a parking lot. His truck was covered with Army stickers and he wore an Army jacket. I knew I had to speak to this man, a stranger that I never saw before. I introduced myself and asked him who his soldier was. His son, a Kiowa Warrior pilot (like my son) was preparing to deploy to Afghanistan.

What are the chances that I would meet someone whose son flies the same helicopter as my son? As we talked about our sons, we were kindred spirits – two parents who love their sons more than life itself. I looked in his eyes and could feel how much love and care he had for his son, and his concern for sending him off to a war zone. It was so emotional that I had to excuse myself for a few moments and compose myself or I would have been a flood of tears!

I returned to continue a conversation with this Army Dad that was heartfelt, deep, and with complete understanding. Sometimes there are no words needed – our eyes said it all. Before leaving, he gave me a picture of his son, told me his name, and expressed amazing pride as a Father.

Another day, I saw a woman in the parking lot with Army Mom stickers all over her car. When she got out of the car I approached her and introduced myself. I asked who her soldier was. We held hands together in that moment with tears in our eyes as we spoke of our soldiers. She was a complete stranger to me but yet we understood each other completely in a heartfelt and emotional moment in time. We offered God’s blessings to each other and went our separate ways.

I thank you all for being in this together with me and with each other.