One of the joys of our Army Mom Strong community is meeting and sharing inspiring ideas with each other. When I met Kris, I knew I had to share her story. She created a deployment journal for her son, which brought him great joy while he was away. Here’s her story.

The first time my son Tom was deployed, it was a very scary, new experience.

I knew he would be gone over the Christmas holiday and I needed to do something to occupy my mind and feel that I was helping him even from so far away. 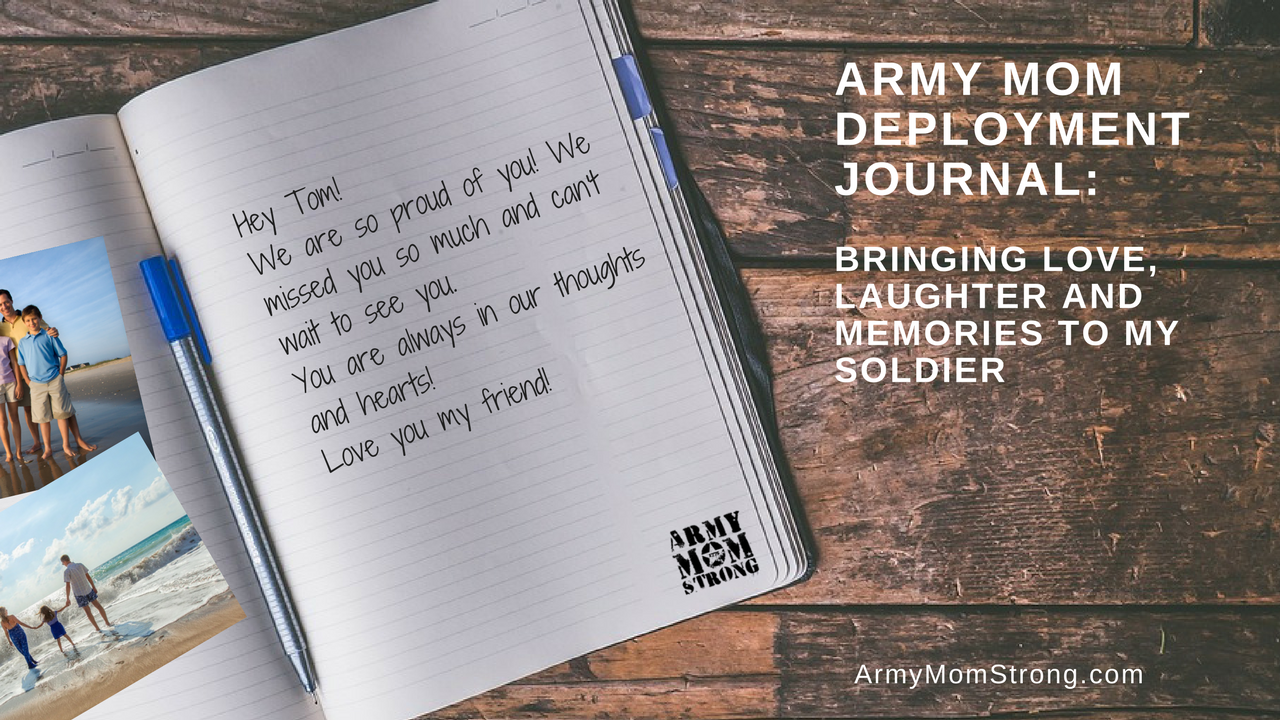 I was already sending monthly care packages but I wanted his Christmas box to be special.

My son has a close group of friends from high school and a very close family. I wanted to send him a package of notes from everyone but I knew that my son did not have a lot of space or storage.

I came up with the idea of a pocket sized calendar. The calendar allowed him to turn each week’s page and have a special message from someone who loves him.

I sent word out to his friends who made the effort to come to our house when they were in town and sign the calendar book. Most notes from his friends were very funny memories or thoughts which was perfect!

For empty week pages, I filled in a few short comments of how proud we are of him, how much we love him, or some funny thing that happened that recently. I also passed it around at family gatherings.

His friends were very creative and even drew funny pictures. I sent the memory filled calendar with his Christmas box and he loved it. My son isn’t the most expressive person on emotional things so for him to tell me it meant a lot to him was great.

A Second Deployment and a New Journal

The second time my son deployed I knew I wanted to do something similar because he was going to be gone for his birthday. That made me very sad.

I had the idea to use a hardcover journal book this time and fill it with messages during his Army deployment!

I had less time to gather messages so once again, I sent out the word via private messenger to his friends who were scattered in various parts of the country. 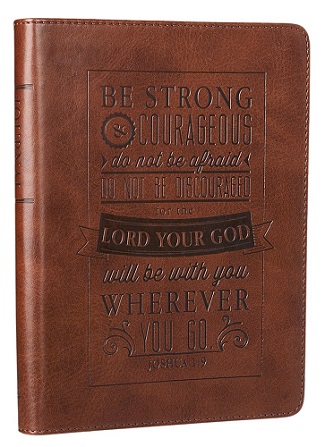 My original intent was to mail the journal to everyone with a return envelope. Being the young procrastinators they are, instead I asked everyone to email me a message that I could print out and attach to the deployment journal pages. I also included more family who lived away but who were close with my son.

I had to remind people a few times but everyone came through. (To be honest, there were a few friends I had to pester a bit but I was determined to include everyone and later they thanked me for being diligent!)

So the deployment journal ended up with hand written messages, printed and pasted notes and a few photos with the notes. The journal became pretty thick but I tied it closed with string and sent it to him.

My son has since told me that receiving the first one during the holidays helped him get through the tougher times. He said he read it several times.

Putting together the Army deployment journal was the best gift I could give my son. He knew how much everyone loved and cared about him, and got lots of encouragement and laughter from all who participated. 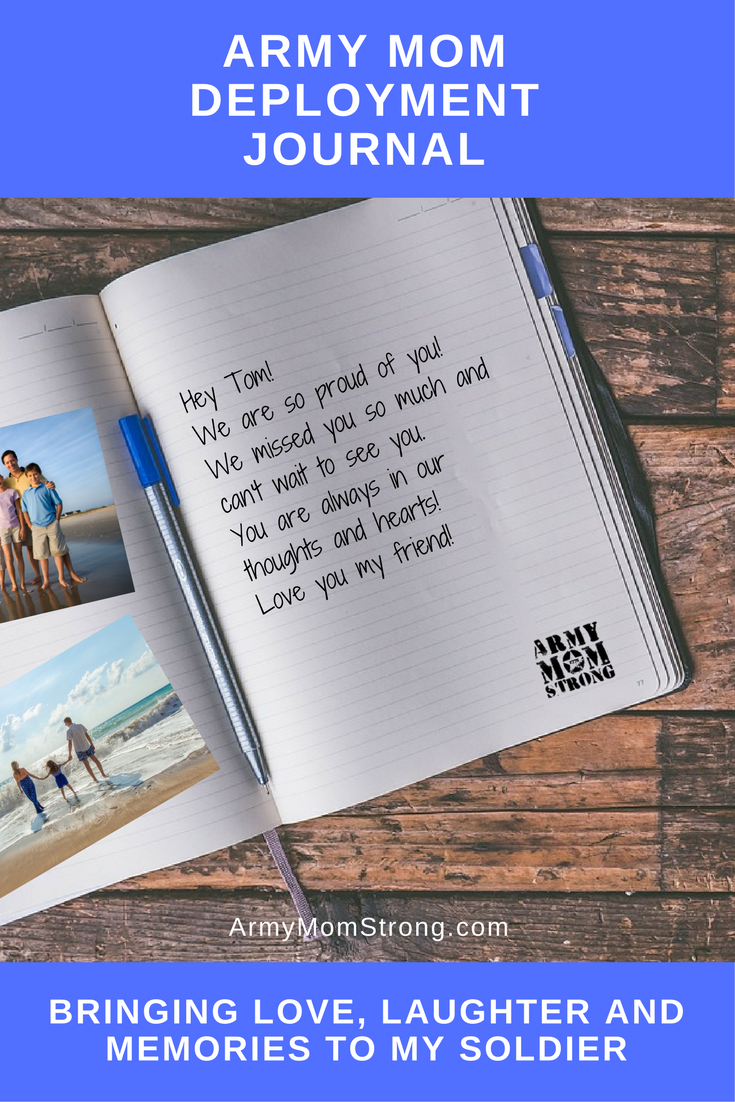