You are here: Home / Deployment / Pray for a Soldier Team – 2800 Soldiers Waiting for Prayer Partners 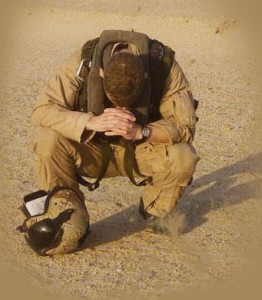 About 200 churches are part of this interdenominational prayer ministry, called Pray FAST (Pray For A Soldier Team). Local congregation participate by praying for soldiers deployed from Fort Hood to Iraq and Afghanistan. Each “prayer warrior” is assigned three soldiers to pray for by name.

FAST coordinator, Cecil Wolfe goes through proper channels to ask all soldiers deployed from Fort Hood if they want someone to pray for them. If the soldiers do want prayer, they each fill out a card with information and prayer requests. This information is sent to their prayer warriors.

The desire for prayer amongst deploying soldiers from Fort Hood has spread, with as many as 85 percent requesting a prayer partner.

Churches wishing to participate in Pray FAST should select a point person to e-mail Wolfe at cecilwolfe@clearwire.net. The point person should be competent in using the Microsoft Excel computer program and will work with Wolfe to match each prayer warrior with soldiers. Pray FAST is geared to churches, he noted, to avoid being over­whelmed by e-mails from individuals.

“It’s critical to start getting names as soon as possible so that I can fulfill the requirements of soldiers,” Wolfe said.