You are here: Home / Families / What About Us? 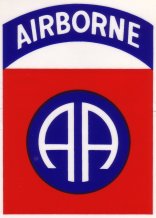 As my oldest son gets ready to head back to Afghanistan after 15 days of R&R, I think one of the things many people forget is that military families include parents, aunts, uncles, siblings, grandparents and extended family members.

These are OUR children, our sons, daughters, nieces, nephews, brothers & sisters. Most of us don’t have access to the base support that spouses do and yet, we go through many of the same emotions.

Young siblings of soldiers go through the same feelings and emotions about saying good-bye to their big brothers & sisters in the same way that children of soldiers do, yet there is no one else close-by for these young kids to relate to.

My daughter is nine years old, her big brothers are both deployed and I know she misses them terribly, and goes through the same questions and range of emotions that perhaps even she doesn’t understand.

My parents and in-laws, while connected on my sons’ units Facebook pages, don’t understand the Army ‘lingo’ or how things work. As much as they try, I don’t expect them to, and they look to me for direction.

Two years ago, I attended the ROTC military ball with my younger son and I was amazed at the number of families who had never been exposed to the military before. They seemed so lost. They didn’t understand the Army language or how things worked.

While a lot has changed in the last 20 years, as a former Army spouse, I did understand the lingo and somewhat how things work.

So, what about us?

What about the rest of us that make up a military family? Those of us that are scattered around the country and in some cases, in other countries?

I have some ideas on this, which may require your input, but in the meantime:

While I don’t think it’s the Army’s responsibility to take care of us financially, in the same way that spouses and children of soldiers are taken care of, I do think a much better job can be done to keep parents and family members of soldiers in the loop.

After all, they are our children.